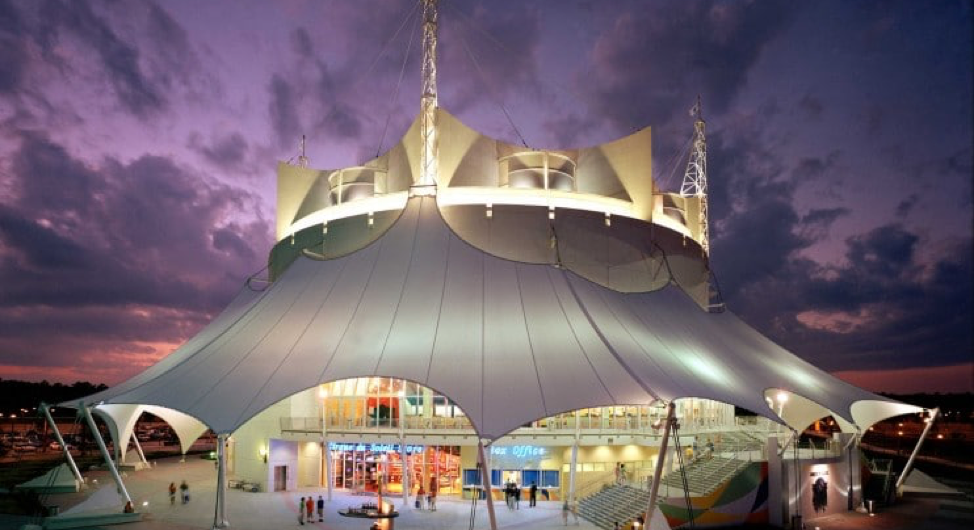 Disney Springs, previously known as Downtown Disney, is an outdoor shopping, dining and entertainment complex located at the Walt Disney World Resort near Orlando, Florida. It was recently expanded to include many new stores, such as Pandora, Anthropologie, and the Coca-Cola Store. It also has a wide variety of delicious dining experiences. Walt Disney Imagineering took inspiration for the look and feel of Disney Springs from real coastal towns found throughout the state of Florida, such as St. Augustine and Coral Gables.

Earlier this year Cirque du Soleil announced that La Nouba will be ending it’s 19-year run in Disney Springs at Walt Disney World in Orlando, Florida on December 31st, 2017. La Nouba’s classic performance transforms the ordinary into the extraordinary and stimulates the imagination from beginning to end with amazing acrobatics and whimsical characters. Disney Springs is the only location where you will be able to see this unbelievably amazing show, and not for much longer. Tickets to the show are still available, and seeing the show before it’s gone is worth the trip.

Disney Springs is host to 52 unique and different dining options to choose from. Whether you want exotic food or something a little more domestic, Disney Springs has got it all. The new Town Center district of Disney Springs has recently opened with a plethora of dining options that are sure to delight. Grab a burger at D-Luxe Burger or a barbeque sandwich at The Polite Pig and try one of the delicious cupcake options at Sprinkles for dessert. The Marketplace district of Disney Springs includes the Rainforest Café and its sister restaurant T-Rex, which are a delight to families visiting Disney Springs with animatronic animals and dinosaurs that move and speak during your meal. T-Rex also features Build-a-Dino, a franchise of Build-a-Bear where kids can build and dress their very own dinosaurs. The West Side District includes Crossroads at House of Blues, where there’s always good music to go with good food, Splitsville Luxury lanes, where you can bowl and eat in luxury, Bongos Cuban Café and the newly redesigned Planet Hollywood location. The Landing District, previously known as Pleasure Island, has opened several new, unique locations. It boasts nautical-themed restaurants and shops, including Jock Lindsey’s Hangar Bar, and the Boathouse, which also serves as the port for amphibious, vintage automobiles that offer cruises of lake Buena Vista. Even if you don’t take a cruise you can still watch these amazing cars take a swim while you eat.

Not ready to head back to your room after a day in the parks? Take a stroll around Disney Springs. Free and family-friendly entertainment is available nightly throughout the Springs until 11pm. Check out the Waterside Stage located in the Marketplace district of Disney Spring most nights of the year— the Waterside Stage is host to all-types of performers from full band concerts to a nightly DJ Kids Dance Party. Pop-up live music is also available throughout the Landing, Westside and Town Center Districts – just take a stroll around and listen to the sweet sounds of fun.

Like us on Facebook and stay up to date with all the latest and greatest happenings at Best Vacations Ever including special events, announcements, offers, photos, and more.

Previous postThings to Do in Daytona Beach
Next postHad enough of the theme parks? Now what?